A selection of our Healthcare Centres opened on 18th May, with social distancing measures and PPE in place. Click for more.

The BCG vaccine protects against tuberculosis, which is also known as TB.

TB is a serious infection that affects the lungs and sometimes other parts of the body, such as the bones, joints and kidneys. It can also cause meningitis.

Who should have the BCG vaccine?

The BCG vaccine (which stands for Bacillus Calmette-Guérin vaccine) is not given as part of the routine NHS vaccination schedule. It's given on the NHS only when a child or adult is thought to have an increased risk of coming into contact with TB.

BCG vaccination is recommended for babies up to 1 year old who:

BCG vaccination may also be recommended for older children who have an increased risk of developing TB, such as:

BCG vaccination is rarely given to anyone over the age of 16 because it does not work very well in adults. It's given to adults aged 16 to 35 who are at risk of TB through their work, such as some healthcare workers.

How is the BCG vaccination given?

BCG vaccination is given as an injection into the upper arm. The vaccination usually leaves a small scar.

How effective is BCG vaccination?

The vaccine is 70 to 80% effective against the most severe forms of TB, such as TB meningitis in children.

First book a consultation with one of our team. They will go through your medical history to make sure that it's alright for you to receive the vaccine.

Administration of the vaccine

Assuming everything's OK, the vaccination will be administered immediately within your consultation.

Rated Good by The CQC

The Medical is rated as "good" by the government's healthcare watchdog, the Care Quality Commission (CQC), who assesses whether a healthcare centre is safe, caring and responsive to the patients' needs.

Our nurses are members of the Royal College of Nursing. They work to the highest UK medical standards and are experienced in NHS as well as private healthcare practice. 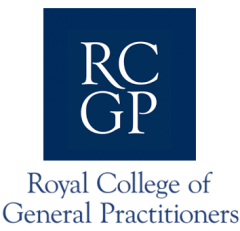 We have 4 experienced Nurses

We promise to match the price of any other provider within a ten-mile radius, so you're guaranteed to always get the best price.

Please be aware that our prices are per dose and that several doses may be required as part of a course. Some prices may be subject to change, so please confirm the price at the time of booking.

Check out our full list of services and prices.

We can protect you and your family from Meningitis.

For the prevention of Human Papillomavirus

For the prevention of Chicken Pox

For the prevention of Shingles

Get your flu jab for just £10 at The Medical